The augmented reality frameworks ARCore and ARKit, released respectively by Google and Apple, have popularized the use of augmented reality. They rely on the computing power and the 3D scanning capabilities of latest high end mobile devices to provide a smooth experience. The main technological breakthrough is their SLAM (Simultaneous Localization and Mapping) algorithms which reconstructs the 3D environment and concomitantly computes the position and orientation of the device.

They prepare the arrival of the next generation of augmented reality glasses. These devices will be costly because they will require high embedded computing power, high resolution display and expensive optical components. So people will buy them only if enough experiences are available. Thanks to the current mainstream augmented reality frameworks, the applications for AR glasses will be already developed and tested. 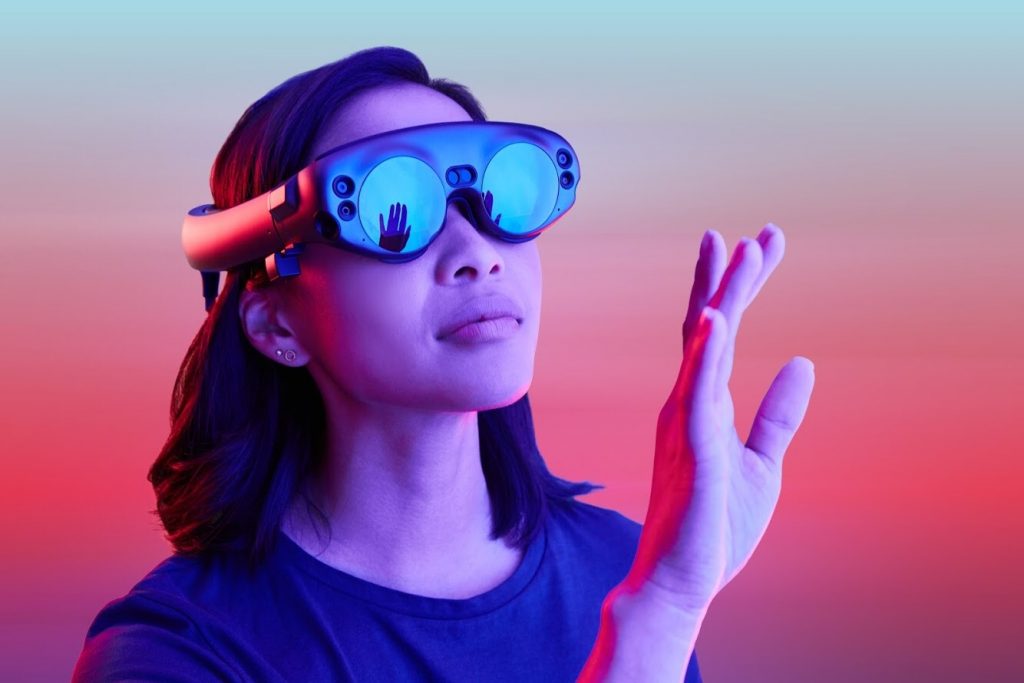 The Magic Leap glasses are the pioneers of the new generation of AR devices.

But their main limitation is the portability. Developing an augmented reality application is very expensive. It requires an intricated user experience, 3D assets, and testing can be difficult. ARCore and ARKit are platform specific, so an application developped for a framework should be rewritten for the other framework. Furthermore, the user will have to install an application to access to the augmented reality experience. So it is not sharable only by clicking on a single link.

In an ideal world, we would write an augmented reality application once and for all using open standard like JavaScript and WebGL. Then it will work on every device without installing anything. By sending one single link, users will be able to start the experience without installing an application. Developers dreamed it and the Mozilla Foundation did it and called it WebXR for Web Mixed Reality. WebXR is the web standard for augmented reality, virtual reality and mixed reality. Right now it is still a draft but some implementations are already available. They are most often bindings of ARKit and ARCore in the browser.

Until now, only 8th Wall did an augmented reality framework working fully in the browser, without depending on external augmented reality engines like ARKit or ARCore. Their work is absolutely remarkable, and their demos works smoothly even with Android smartphone too old for ARCore. We just wish they will implement the WebXR interface soon.

As WebXR is a web standard, only web based libraries will be able to work with it. We cannot use CoreML, Cuda and other very powerful but native technologies. WebGL is the only way to access the GPU hardware acceleration, both for computing and rendering.

The augmented reality consists in overlaying virtual content over the reality. The more the application understands the surrounding world, the more we can narrow the gap between the real and the virtual:

In particular, object detection and tracking allows a deep understanding of the scene. We can imagine these scenarios:

In 1979 Sony releases the Walkman to allow people to bring their music wherever they go.
We will soon be able to bring our full reality with us with the next generation of augmented reality devices.

There are different kinds of object detections. We enumerate them from the easiest to the hardest.

QRCode are flat objects made to be easily detectable and decodable. There are many efficient libraries to read them. But they have major drawbacks: 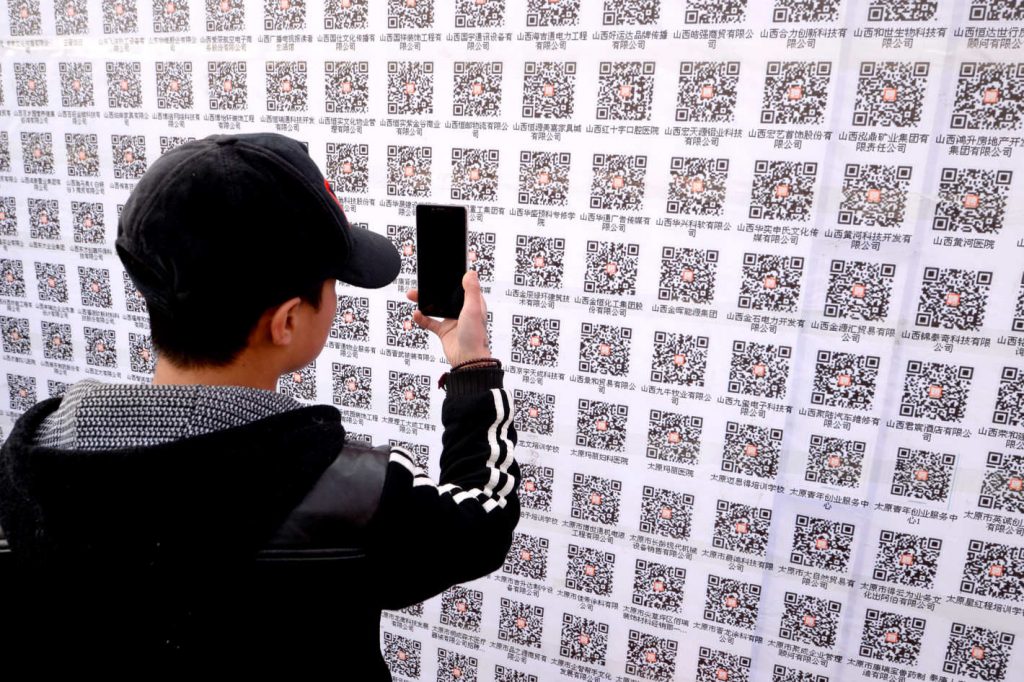 The QRCode crazyness era seems to be over. For the design sake, their proliferation is now under control.

Unlike a QRcode, an image can be beautiful and displayed in harmony with the environment. Image recognition algorithms are quite effective. For a given image, they compute a signature which should be robust to lighting conditions and geometric transformations. The SIFT (Scale Invariant Features Transform) algorithm is maybe the most famous. These algorithms are often included into the augmented reality frameworks. But they still have their limitations:

SIFT detects landmarks in an image, then it is able to recognize these landmarks on the deformed image. Source: https://pythonhosted.org.

Some object detection algorithms rely on 3D scanning to compare the scanned data with a reference mesh. But this approach requires 3D scanning capabilities embedded on the device, and a 3D model of the reference object. And it won’t work with deformable objects or objects with a inherent variability (plants for example).

So we rather bet on deep learning:

In this example, we have trained a neural network to detect mugs. We load it in the final application, and we play a 3D animation when a mug is detected. The application is based on JeelizAR:

We have released a library for augmented reality, JeelizAR. It is available on github on github.com/jeeliz/jeelizAR. We regularly add new neural network models to the repository and we offer neural network design and training as a service.

Our solution We provide a cutting edge virtual try-on solution for head mounted accessories. It is perfect for glasses or ski masks. It works everywhere without installing anything: In a website browsed by a desktop Read more…

At a first glance, it may seems strange to use Jeeliz technology for embedded systems. Indeed, its favorite environment is the web browser. But web programming seeps everywhere: in mobile applications with PWA (Progressive Web Read more…